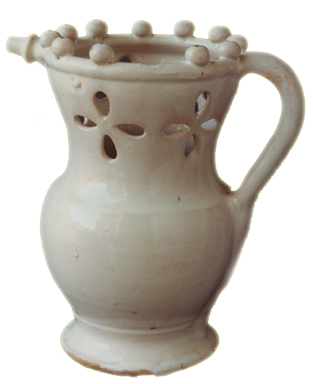 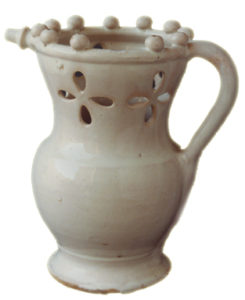 The “Brocca” is a word indicating a pitcher. It belongs to the “white  stones” category and also to the ”secret objects” because inside the edge there is a hidden tunnel which finishes on the beak. This pitcher is also known as “Srulu”. On the edge there are 12 little round shaped buttons since they haven’t any real function. In order to properly drink you need to seal the inner borehole and inhale from beak. We can notice a floral pattern with holes and it would be used as a container of liquids (water, wine, etc..).  Probably  it was invented and used in the XIX century. On the pitcher were usually painted or a carved grape to indicate the liquid contained in the pitcher. It’s important to remember that the grape is a simbol of Apulia. 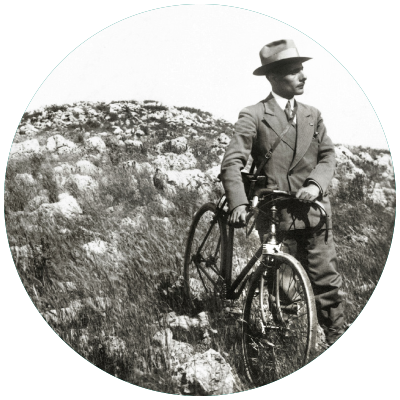 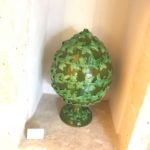